After realizing Google’s creative work didn’t reflect the real world, Lorraine Twohill, Google’s chief marketer, is forging a path toward more inclusive marketing. Here she shares Google’s approach — because diversity in advertising is a bigger challenge than any one company alone can solve.

A version of this perspective previously appeared in Adweek.

Like every CMO, I spend much of my day in creative reviews. That means I am on the receiving end of a lot of beautiful images. But, over the years, too many have been filled with perfect, young hipsters in beautiful houses, living in cool cities. Our products are for everyone, but our images were not telling that story.

We had a problem. So we had to get moving. We started a journey toward more inclusive marketing to make sure that everyone can see themselves reflected in our creative work. We definitely do not have all the answers. But I want to share what we have learned — sometimes the hard way.

1. The makeup of your team matters

The first step is increasing diversity on the teams that do creative work. As of this year, less than 6% of people in the advertising industry are black, a figure that has been on the decline since 2010. There is no shortcut here. It takes time to seek out diverse talent. Everyone knows this. But in the rush to fill an open role it can be all too easy to fall back on the usual suspects. When we are making a hire today, we ensure a diverse range of candidates from a wide variety of backgrounds are considered before making a decision.

And it is not just our own teams that matter. Agency partners are critical. For example, all too often when meeting with our agencies, I found myself looking at a room full of men. So we as a company started to ask why? And what could they do about it? It is our responsibility to make sure we’re always asking.

When we get this right, it can make all the difference. In another meeting where we were developing concepts for a new-to-market product, an agency lead spoke up about a feature for Hispanic users none of us had considered. He was Latino. His experiences gave him a different lens than everyone else in the room. That’s invaluable.

We also need to inspire the next generation of creatives. I am very proud that this year, at Cannes Lions, we will be launching a new program called Google Creative Campus. We’re working with organizations like Livity UK and the Marcus Graham Project in the U.S. to bring students from traditionally underrepresented backgrounds to Cannes and Mountain View, California, for training and mentoring.

2. Diverse marketing isn’t just a box you can tick

There are so many layers to diversity beyond gender or skin color. It’s also about age. Geography. Socio-economic diversity. Relatable jobs. Abilities. Sexuality. Our images had lots of racial diversity. But everyone looked like they worked in tech and lived in hip, urban neighborhoods.

To help us do better, we launched a half-day training course with in-depth guidance and tools for our teams, from how to recruit underrepresented groups for audience research to thinking about inclusion when defining your target audience. Ninety percent of our team and 200 of our key agency partners have taken the training, and we’re also launching an e-learning course.

In our work, we also try to reflect the world we live in, not one disconnected from reality. For example, earlier this year, we launched a social and digital campaign for the Pixel 2 phone called #QuestionYourLens. We worked with the rapper Logic to create a moment at the Grammys, showing real people and the stories behind their picture-perfect images, including their struggle with depression.

3. No women in the kitchen, please!

To tell relatable stories, you also need a deep understanding and empathy for the people you want to reach. Stereotypes are the fastest way to show users you don’t understand them. Across the industry, only 37% of people who appear in ads are women. Of those, too many are seen in stereotypical roles. In a recent study, 85% of women said ads do not represent their real-world selves.

A while ago, my team brought me a new campaign to review. Dad was cooking in the kitchen. Great! I was proud that they had flipped a stereotype. But the next image showed he was there because mom was in the hospital having a baby. Sorry, dad, but we had to reshoot. Mom was away because she was on a business trip.

And it goes beyond casting. We need to consider every element of creative. Authentic characters matter. But so does music, family dynamics, food, wardrobe, and how products are portrayed. As part of our Chromebooks campaign last year, we spent a lot of time talking with Hispanic consumers. The result, Lo Tuyo es Chromebookresonated with that audience more than anything we had done before.

To make sure we get this right, we have set up a dedicated advisory board of 40 Googlers from traditionally underrepresented groups to help guide us.

We also think beyond our own creative to help others tell their story. That’s why we worked with Bryan Stevenson’s Equal Justice Initiative to create the Lynching in Americaproject. And why we worked with Pride organizations to create virtual reality tours of 25 Pride parades around the world for people who couldn’t be there in person.

Finally, if we want to make progress toward truly multicultural marketing, we have to put in place the tools and processes to measure and track our progress.

We partnered with the Geena Davis Institute and USC, using machine learning to understand representation in video. Now we’re applying similar technology to our own creative. The initial results surprised us. Fifty-four percent of our images featured men — not as heavily skewed as we had feared. But in other categories, we were further off. A manual analysis showed that the average age appeared to be around 26, below the national average of 38. Only 10% of our web images featured black or Hispanic people. We’re using this as a benchmark, so we can make concrete, quantifiable progress against our goals.

There’s obviously still a long way to go to achieve diversity in advertising. These are the first steps on a journey we’re all on to produce truly inclusive work. An open conversation can help us all get there faster. 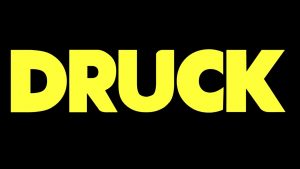